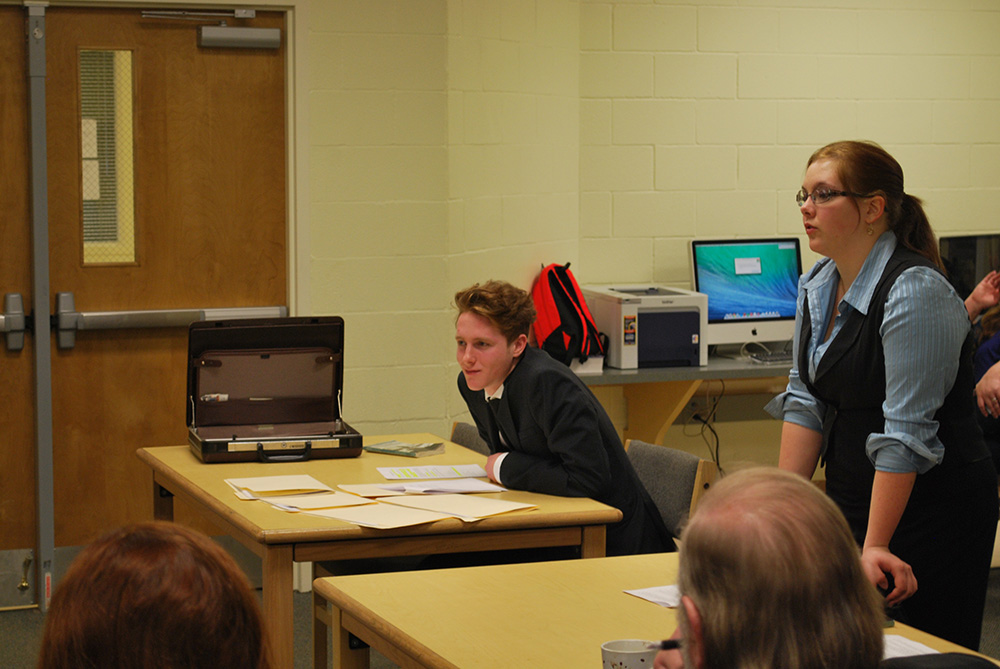 Literary character Victor Frankenstein was tried at MGHS for Crimes Against Humanity and Neglect during a mock trial put on by Mrs. Hayden’s Dual Credit British Literature class this last Monday and Tuesday. The defense team consisted of Derek McCreight as the prosecuting attorney, Jasmin DelCastillo as Victor, Eden Godwin as Elisabeth, and Jessica Tovar as the expert witness. Tiffany McManus headed up the prosecution as the attorney, Denise Lopez as the creature, Colton McDonald portrayed Henry, Noemi Resendiz played Justine, and Bailey Penny was the expert witness. An impressive case was presented by both sides. The court was led by honorary judge, Kim Irby, and the jury consisted of head juror, Ronald Davis, and the junior level English Dual Credit class. The case almost ended in a mistrial due to extradition issues, but the motion by the plaintiff was overruled. The trial ended with Victor Frankenstein found guilty of Neglect of his creation, but innocent of Crimes Against Humanity.