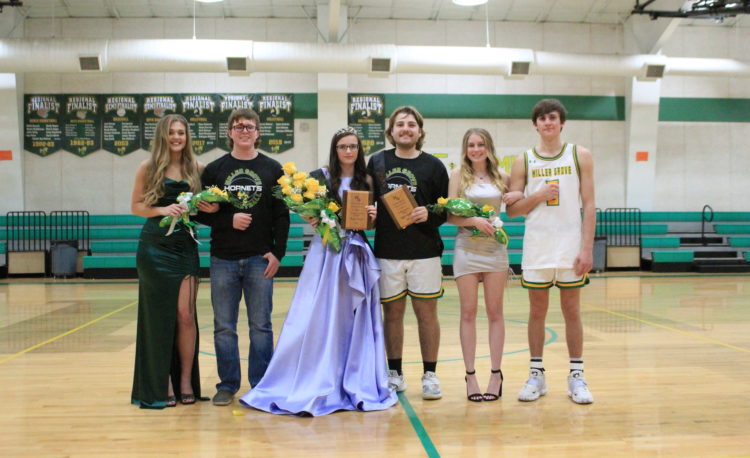 January 18, 2022 — In a Homecoming ceremony on Tuesday, January 18th students named their King and Queen and Basketball Beaux and Sweetheart after beating Campbell 54 to 37.